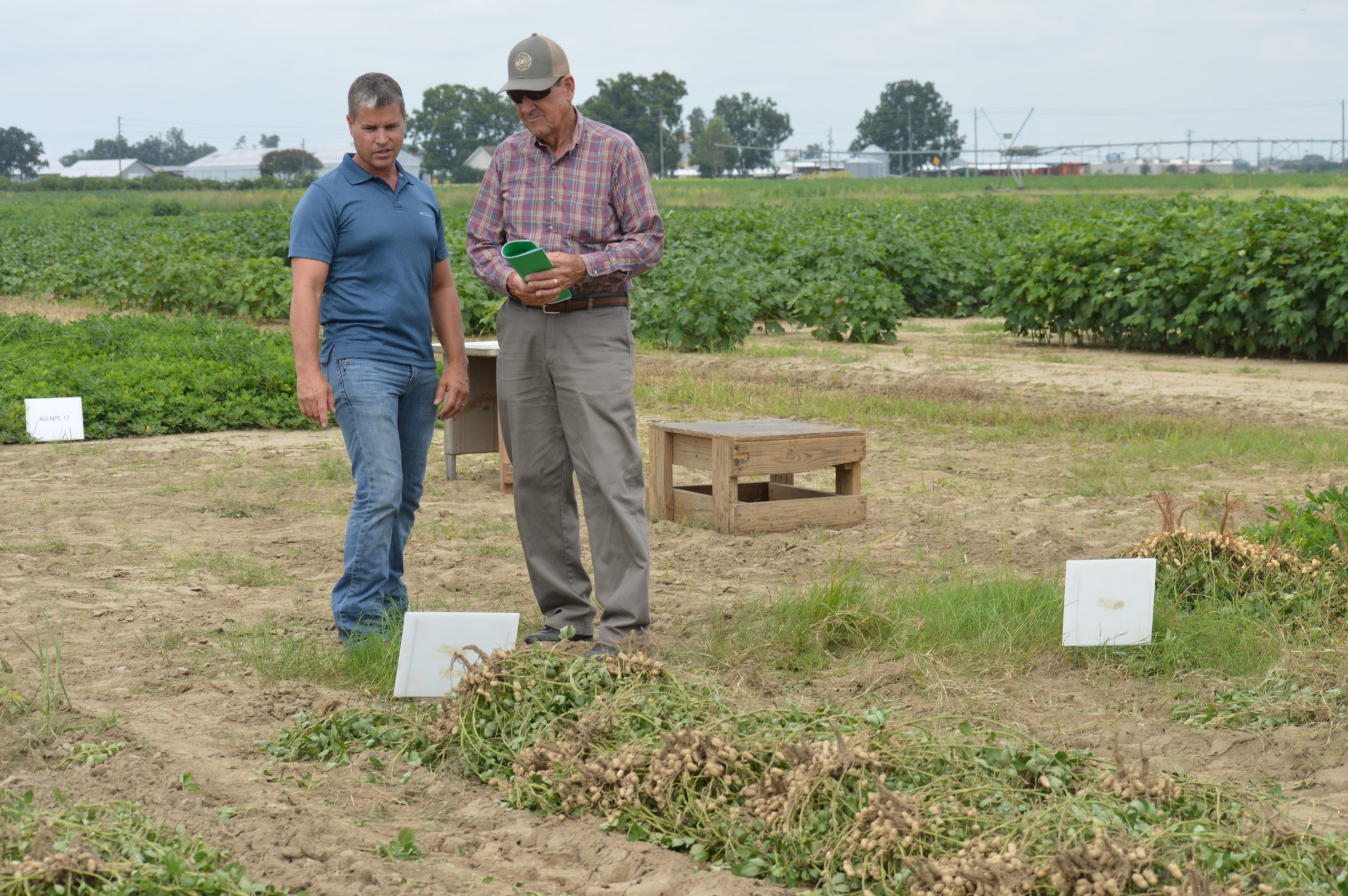 Registration begins at 7:30 am. Tours begin 8 a.m. Lunch will be served. 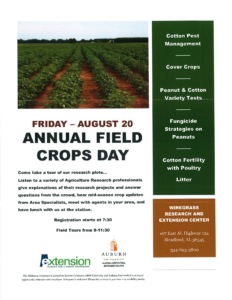 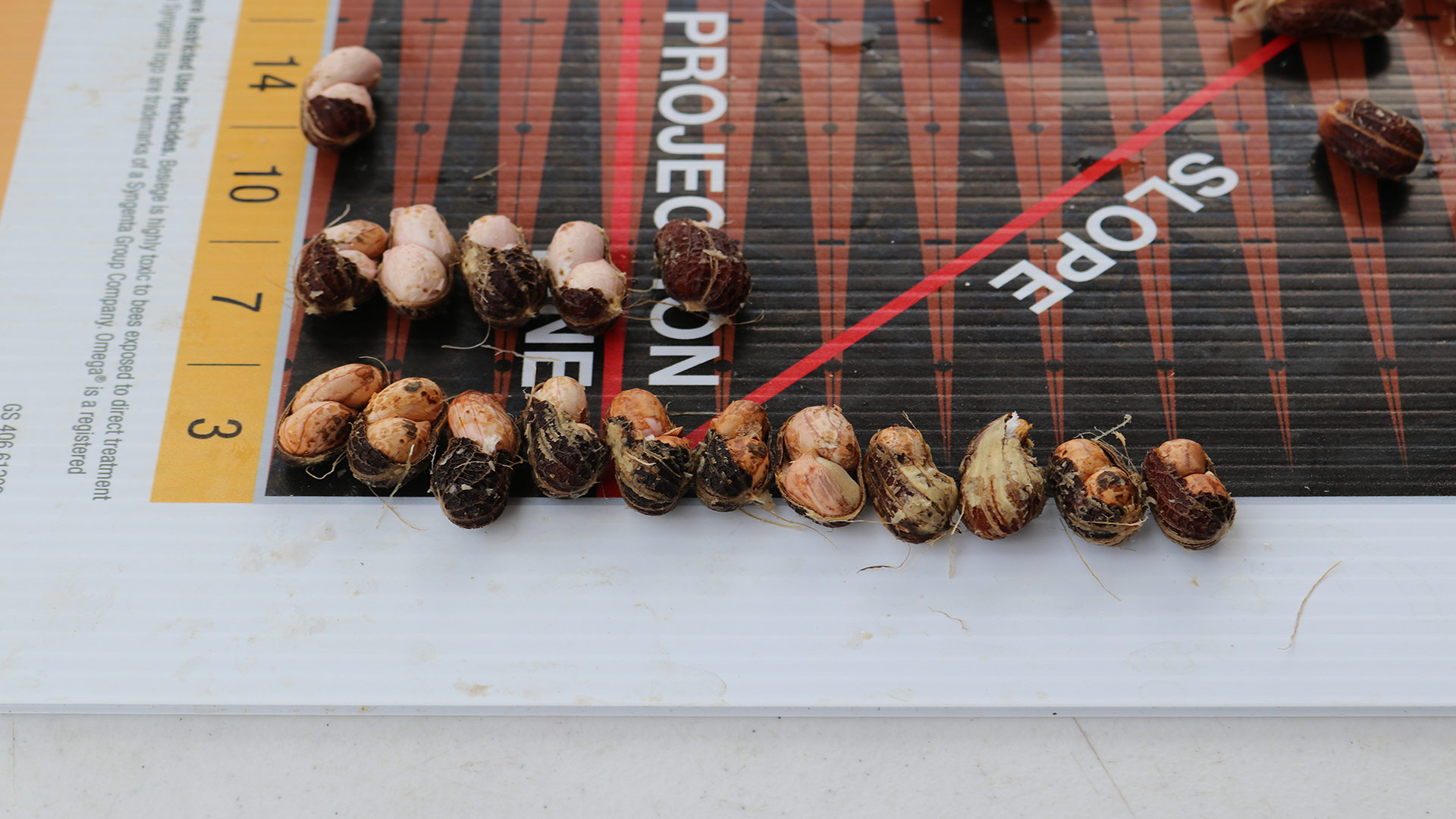 Don’t miss the opportunity to check your peanuts to determine the optimum maturity date. Digging your peanuts at the right time is one of the most important decisions you will make this season. This one management tool can make you 300-500 pounds more peanuts and 3-5 points on your grade putting more money on your bottom line this fall. 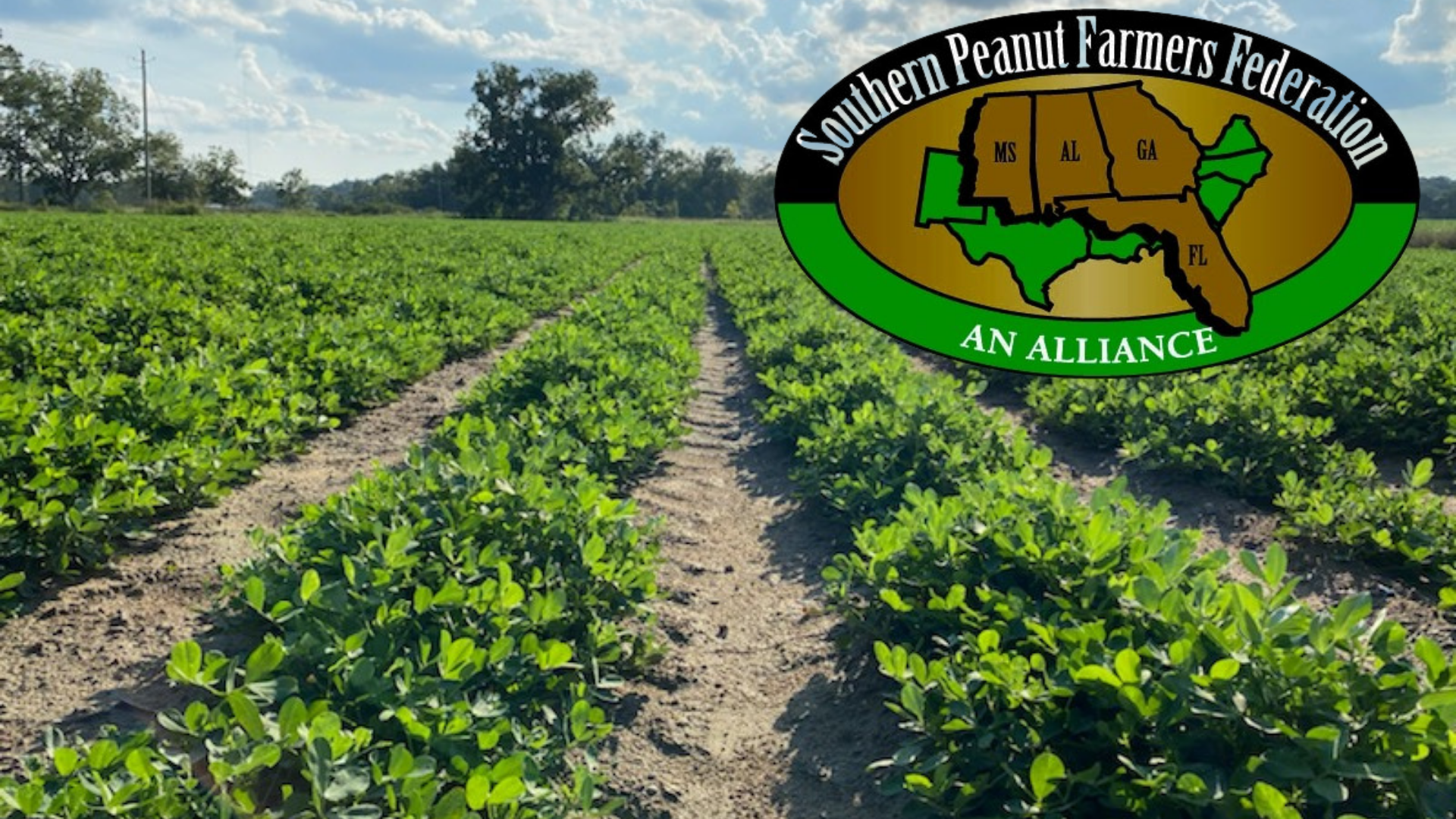 Applications are now being accepted for Class XII of the Peanut Leadership Academy. To be eligible for participation, candidates must derive their primary livelihood from farming and currently produce peanuts, make a commitment to the program and agree to attend all sessions except in times of illness or a family emergency, be between the ages of 22 and 45 and provide a completed application.

The Peanut Leadership Academy is a cooperative effort between Syngenta Crop Protection, the American Peanut Shellers Association and grower organizations. The program began in 1998 with the first class of 14 peanut growers from Alabama, Florida and Georgia. Since then, the academy has grown to include growers from Mississippi, North Carolina, South Carolina, Texas, Virginia and sheller representatives.

During the program, participants are taught how to become more effective spokespeople for the peanut industry, develop industry relationships and further grow their leadership skills. Five sessions take place throughout the 18-month class and require approximately 20 days of travel. During the sessions, activities are structured to give participants a thorough understanding of the United States peanut industry and include industry tours, meetings with industry leaders and professional development training. Each class also has one leadership session in Washington, D.C. where participants have an opportunity to visit with members of congress on issues affecting the peanut industry.

To download a copy of the upcoming class application, visit www.southernpeanutfarmers.org. Applications must be postmarked or emailed to jessie@gapeanuts.com by Oct. 1, 2021, for consideration. The first session will begin in December 2021.

Dr. Adam Rabinowitz, Extension Economist for Alabama Cooperative Extension and Auburn Unversity, is sharing the first edition of the Ag Economic Update, a newsletter from the ACES Farm and Agribusiness Management team focused on providing information relevant to Alabama farmers, landowners, lenders, and other stakeholders in the state.

Click on the link below to read the first edition of the Ag Economic Update: 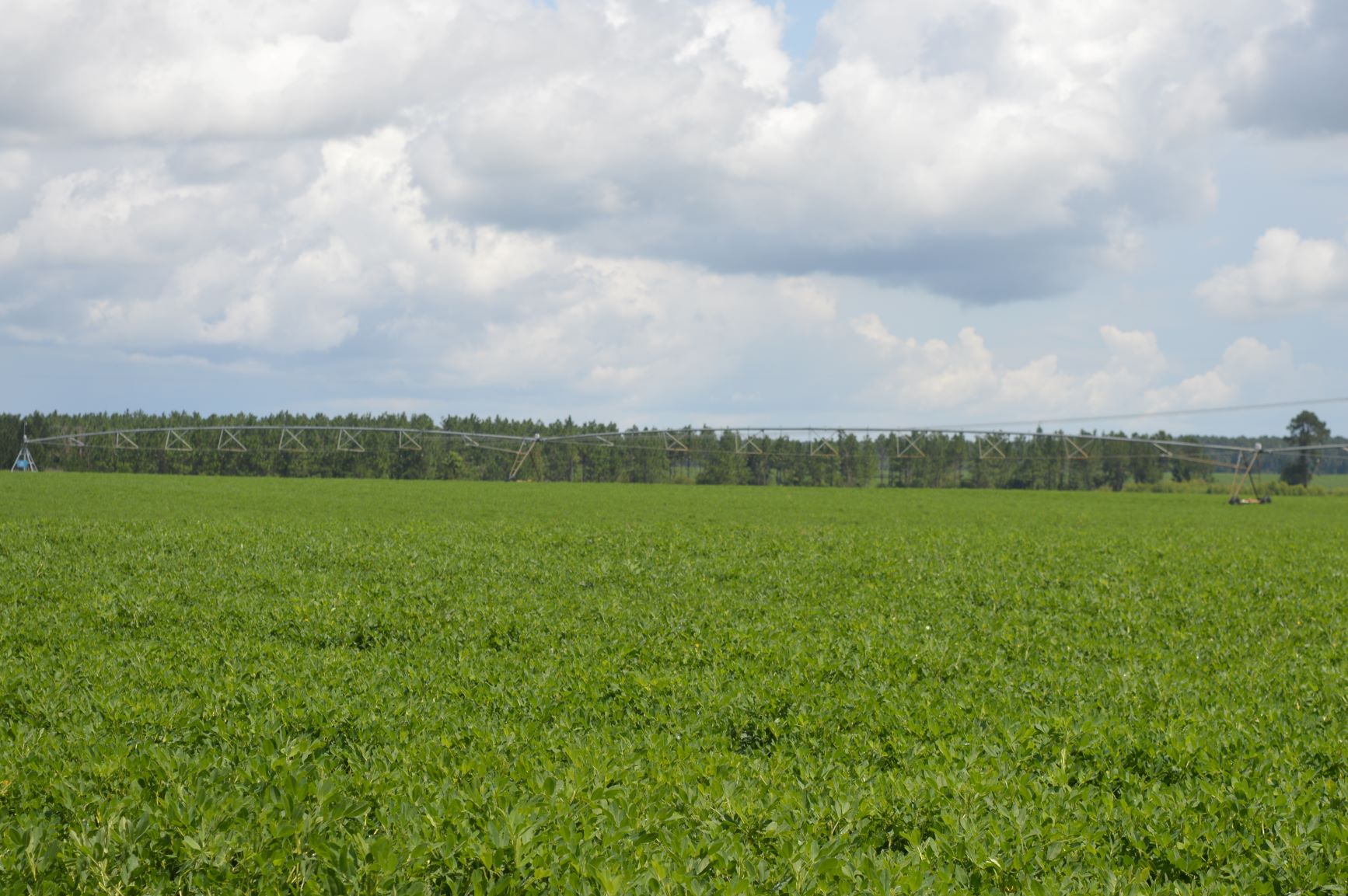 Peanut and cotton growers in Southeast and Southwest Alabama have the opportunity to visit weed management test plots in July. These tours give growers a look at which chemicals are working in the fields, and an opportunity to learn about new options for weed management. The peanut research is funded by growers check-off dollars through the Alabama Peanut Producers Association and National Peanut Board. 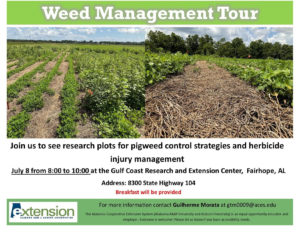 The Gulf Coast Research & Extension Center in Fairhope will host the Weed Management Tour on Thursday,  July 8, 2021. The tour is scheduled for 8:00 – 10:00 a.m. Breakfast will be provided. Contact Guilherme Morata at gtm0009@aces.edu for more information. 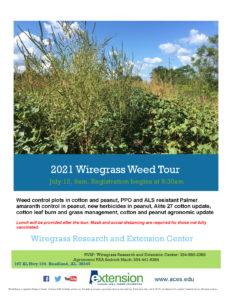 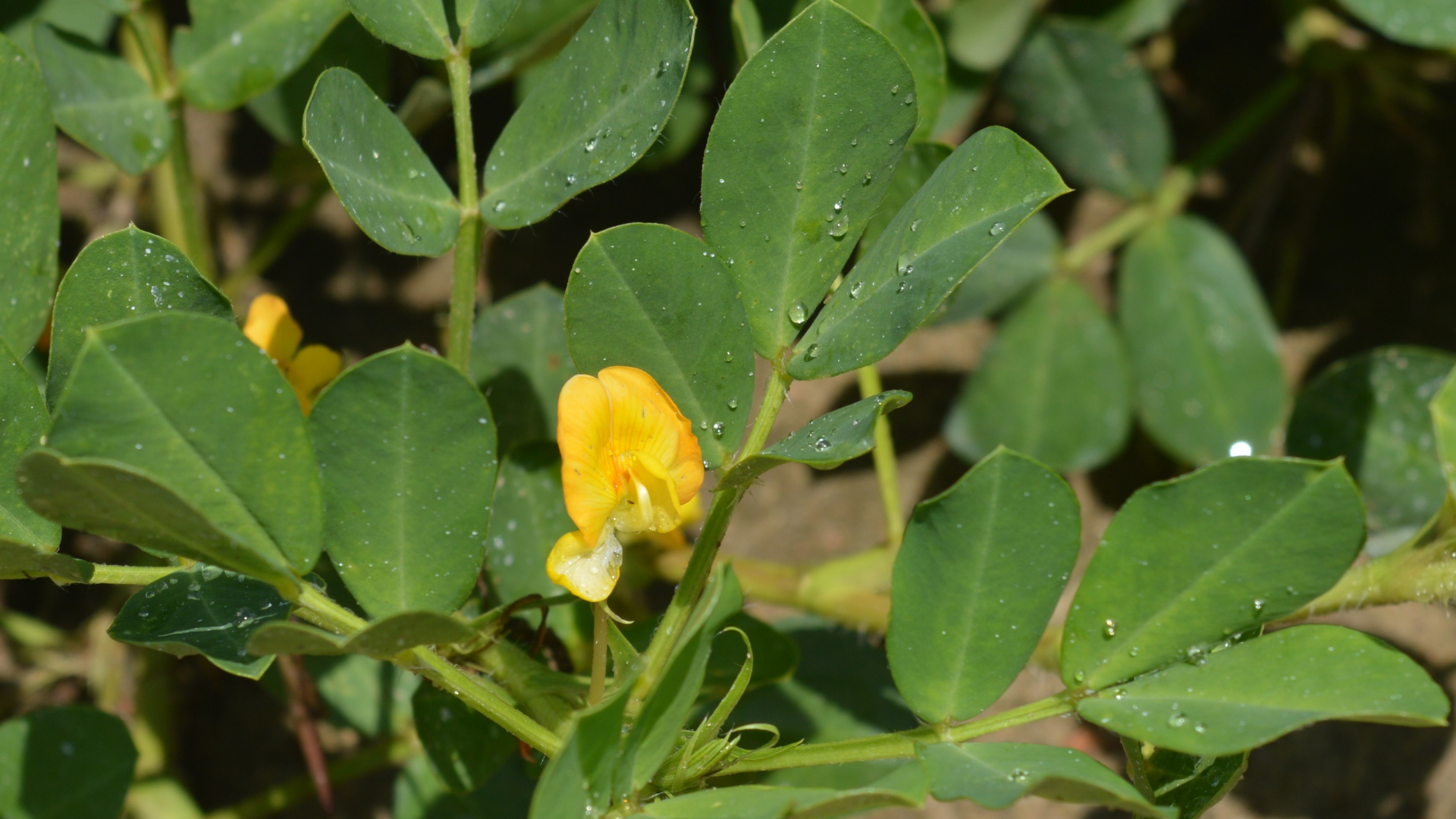 While the rain many received from Tropical Storm Claudette is appreciated, it has been said you can have too much of a good thing.

Peanut growers in Southeast Alabama received the majority of the rainfall. Mark Kaiser, a Baldwin County peanut farmer and APPA vice president, received over 7 inches of rain. Escambia County peanut farmer and APPA board member, Sammy Gibbs, has reported receiving over 10 inches on his farm. Other parts of the state’s peanut growing areas did not receive quite as much – Wendy Yeager, peanut farmer in Dallas County, reports only receiving 3 inches from Tropical Storm Claudette.

Kris Balkcom, Auburn University peanut specialist, weighs in on the impact of receiving large amounts of rain during the current peanut growing season:

“Obviously we don’t need 10 inches at one time. However, we seem to get these bigger rainfall events more often now than the smaller more frequent rains. My first concern is that peanuts don’t like saturated soils. Most years we would have a larger percentage of the crop at the fruiting stage than what we have currently this year. The crop was delayed at planting this year so it is at least two weeks further behind than what we would like and to get a big benefit from the heavy rainfall amount.”

“An older crop would have bigger plants, larger root mass and a higher water demand. Therefore, the bigger rainfall amount is not as critical with these smaller young plants. For the most part, this rain is just replenishing the sub soil moisture because not many producers got to plant as early as they wanted and the crop isn’t in the heavy fruiting stage.”

“Watch out for those wetter natured areas of fields and the fields that are flatter with heavier soils. If you see the peanuts yellowing, you may have to cultivate them. The cultivation will help aerate the soil to allow oxygen to get to the roots. The plants will then begin to green back up relatively quickly. Also, with the later planting date many producers are trying to apply herbicides currently to the crop. This particular rainfall event will hinder that, delaying the spray application and effecting the timing of application causing us to miss an opportunity to kill some of the weeds at the right time.”

“Every growing season is different and unique, and this year is no different. Since late spring, we experienced very wet conditions until mid-May, then very dry, then very wet again. It is almost like in a blink of an eye, field conditions are totally switched from one extreme to the other. Many cotton and peanut fields in south Alabama were planted during the dry spell. Growers were concerned that their residuals behind the planter might be wasted. The concern is real because I have seen Palmer amaranth and sicklepod break though almost any type of herbicide I have put out behind the planter in my research plots. Without adequate and timely rainfall, the herbicides are not helping weed control much.”

“Before growers have time to deal with escapes from PRE application, the intense rainfalls in the last several days may throw more people off the weed control bus as they cannot get back to their fields for a while. Palmer, grasses, sicklepod and other weeds are fully utilizing this period to grow as fast as they can. By the time farmers can spray them, they might be too big to control by any herbicides. This is an unfortunate situation that someone will need to deal with.”

Do you already have big weeds in your peanut fields? Dr. Li shares his recommendations for getting rid of them and cleaning up your fields after all this rain. 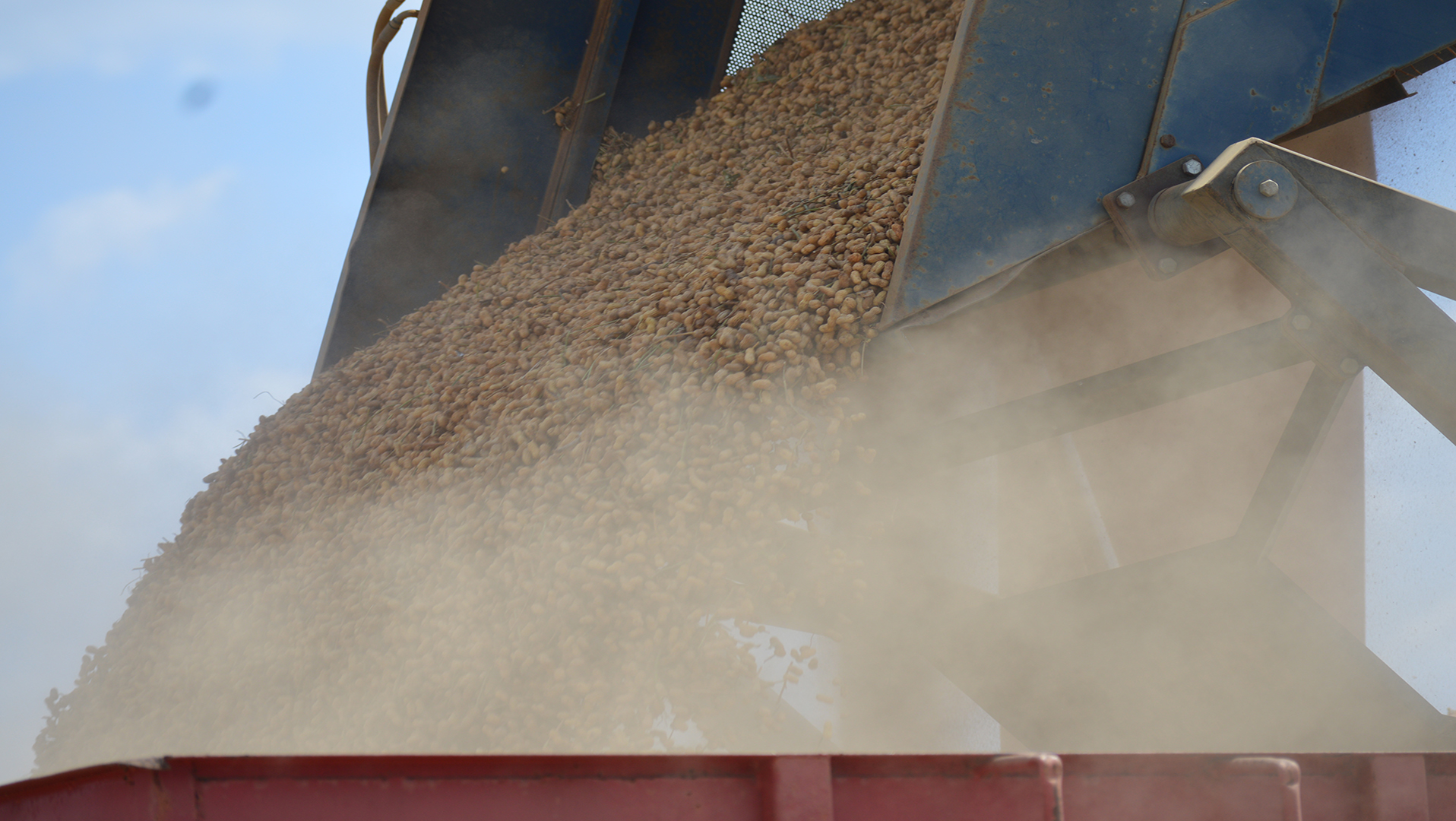 The USDA National Agricultural Statistic Service (NASS) has published the 2020 estimated peanut production for Alabama. NASS has estimated that Alabama peanut growers produced 637 million pounds of peanuts in 2020. That makes Alabama 2nd in the nation in peanut production, with Georgia ranking first. The U.S. produced 6.13 billion pounds of peanuts in 2020. 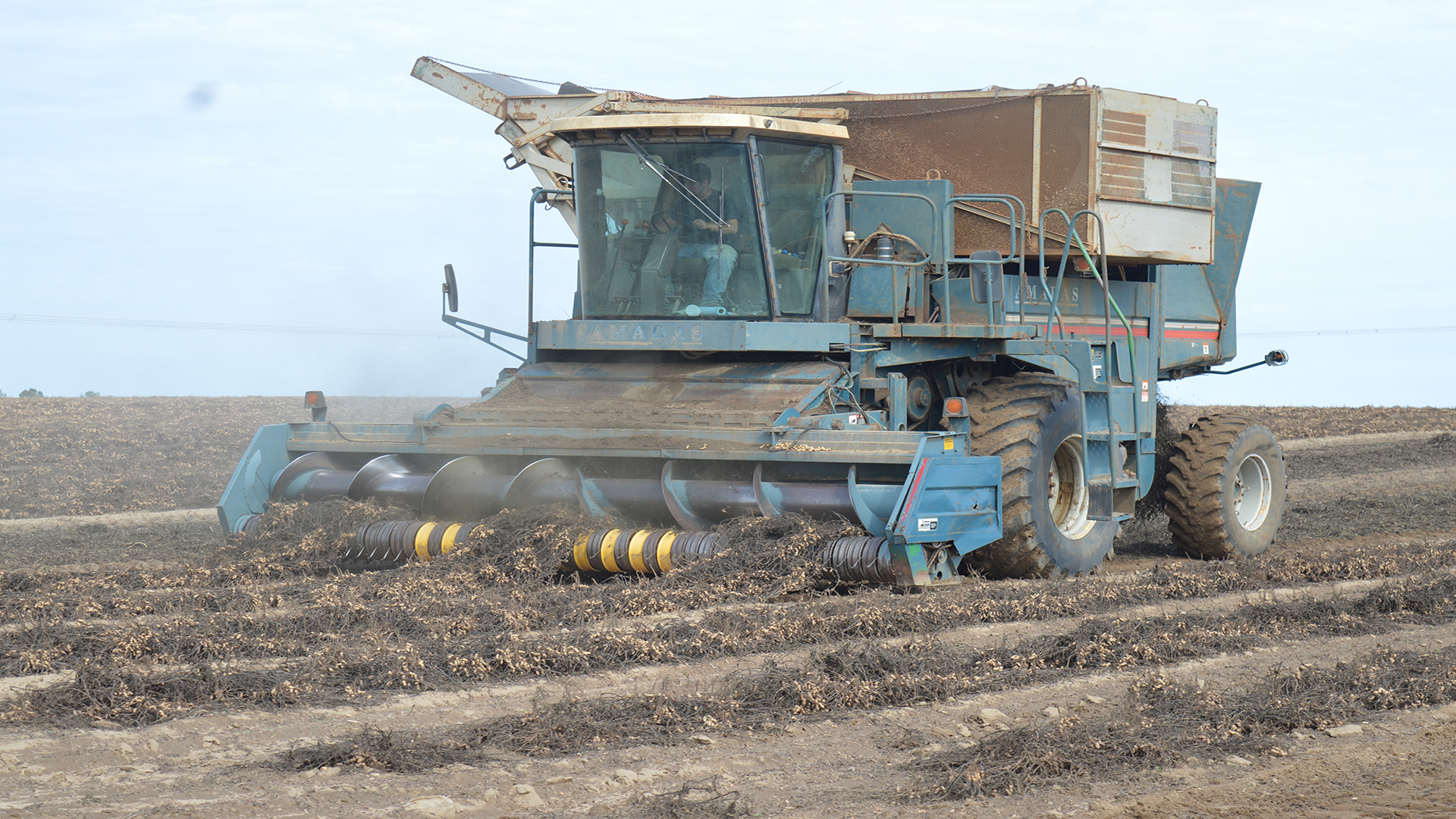 The National Peanut Board (NPB) worked with Thomas Adams, a Henry County peanut farmer and Alabama Peanut Producers Association board member, to produce a 360-degree virtual reality video tour of peanut harvest season. Adams also serves on the NPB as the alternate for Alabama. 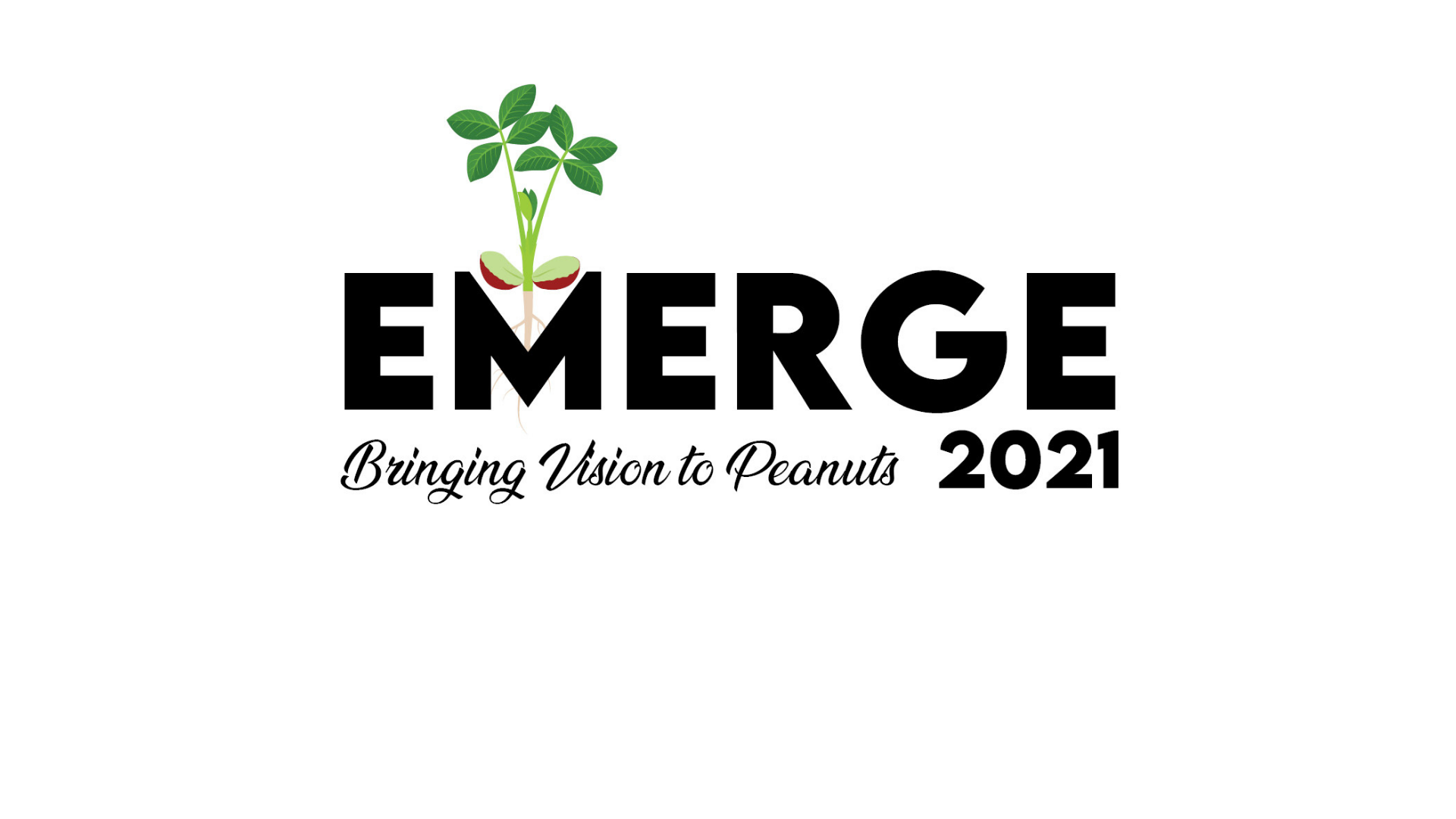 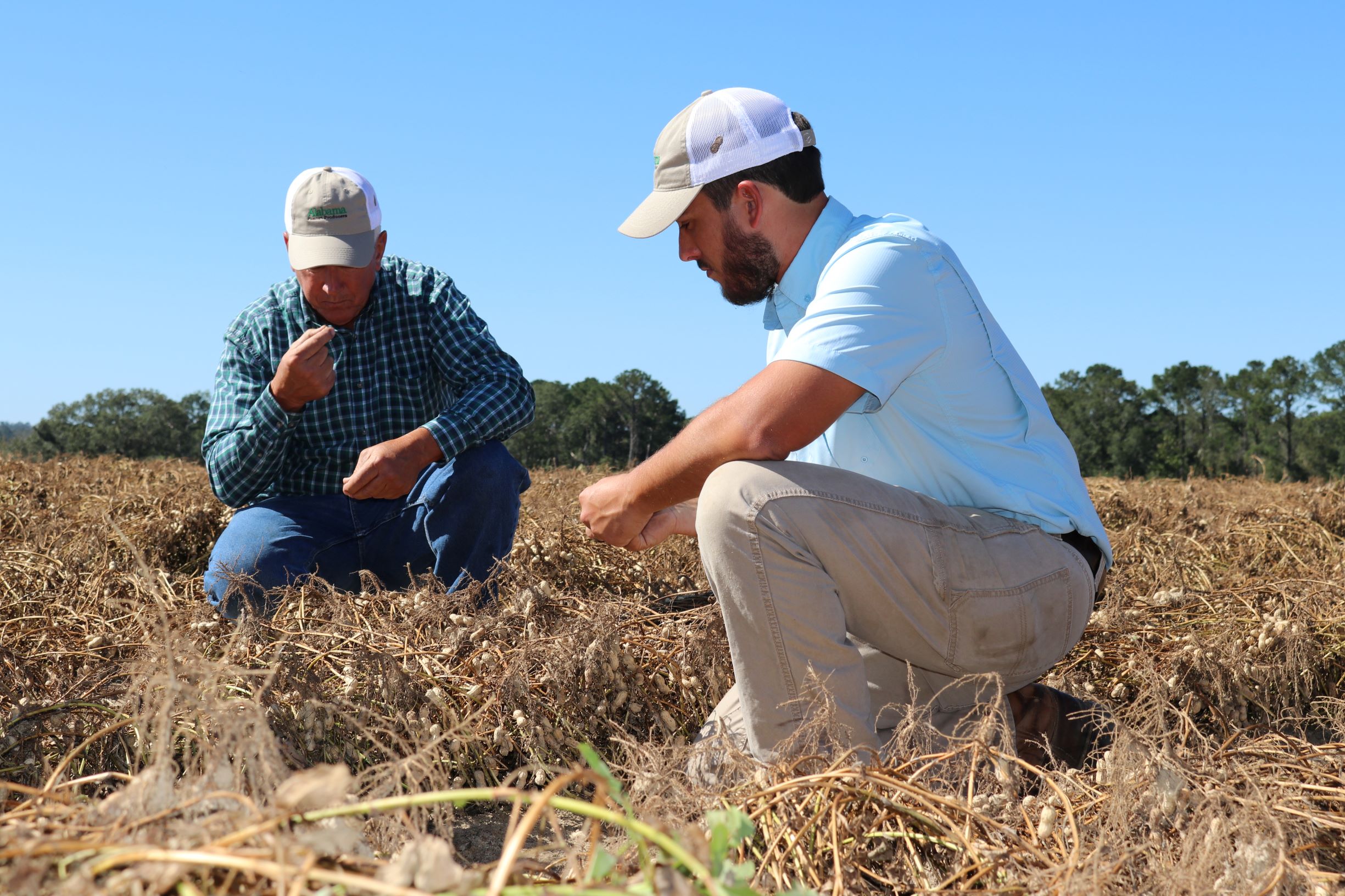 The world was caught off guard in 2020 by the COVID-19 pandemic. Peanuts proved to be a necessity to many Americans during this uncertain time. According to the National Peanut Board, March 2020 peanut butter sales increased 75% over the previous year, and per capita consumption of peanuts increased to 7.6 pounds in 2020 – an all-time high!

This superfood is also sustainable and leaves a small carbon footprint. Peanuts are a “zero-waste” plant, even the hulls are utilized. It takes only 4.7 gallons of water to grow 1 ounce of peanuts – that’s less than any other comparable sources of nutrition. Peanuts improve the soil because they are nitrogen fixing, which means they take nitrogen from the air and produce their own in the ground, benefiting other crops grown in the same soil.

Throughout 2020, our peanut farmers still managed to plant another nutritious and affordable food crop to feed our nation. Alabama ranked second in the nation in pounds of peanuts harvested. Farming is a risk-taking profession. Even with new technologies and innovations, it takes faith to plant a peanut seed in the spring and wait to reap the harvest in the fall.

“Farmers who wait for perfect weather never plant. If they watch every cloud, they never harvest.” Ecclesiastes 11:4

Our peanut farmers will tell you that the reward of harvesting a nutritional, affordable and delicious food crop outweighs the risks, and that makes them our SUPERHEROS.