Peanut producers in Alabama have approved the continuation of a statewide peanut checkoff program with a 100 percent favorable vote for support.
Under state law, the check-off program must be voted on every three years.
Twenty-five polling sites were located in twenty-one counties where peanuts are produced. The Alabama Peanut Producers Association administers the check-off program.
Alabama is the second largest producer of peanuts in the United States. Georgia ranks as the top peanut growing state. 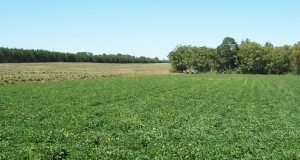 APPA President, Carl Sanders, said the board appreciates the strong showing of support.
“I know the board of directors shares my appreciation,” he said.
“The check-off program funds many research and educational activities that would not exist if not for the program. These programs directly impact our industry on an annual basis.”